In the past few years, the number of ticks and tick-borne diseases has been increasing in Ontario. Ticks are being found in areas where people and pets did not previously encounter ticks. They are commonly found in wooded areas, parks, grassy fields and other habitats that are frequented by potential mammal hosts. Climate change means an increase in tick population, and in turn means tick-borne diseases are on the rise. Black-legged ticks have recently been found in many Toronto locations, which suggest ticks are establishing in the Greater Toronto Area and surrounding areas.

Lyme disease is well known, but is not the only disease that can be contracted from ticks. In addition to Lyme disease, ticks can also carry Ehrlichiosis, Anaplasmosis, Rocky Mountain spotted fever, and many more. There is no way to tell is a tick is a carrier or not just by looking at them.

If you live in a tick infested area, or have found ticks on your dog we strongly recommend doing a tick-borne screening test. We offer a 4dx screening test, which is a simple blood test that checks for a number of tick-borne diseases, such as: Lyme disease, Canine anaplasmosis, Canine ehrlichiosis and Heartworm disease.

Please give us a call to schedule an appointment to get your pet tested. 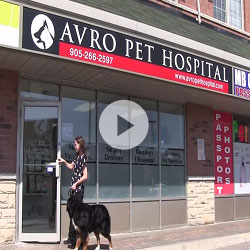